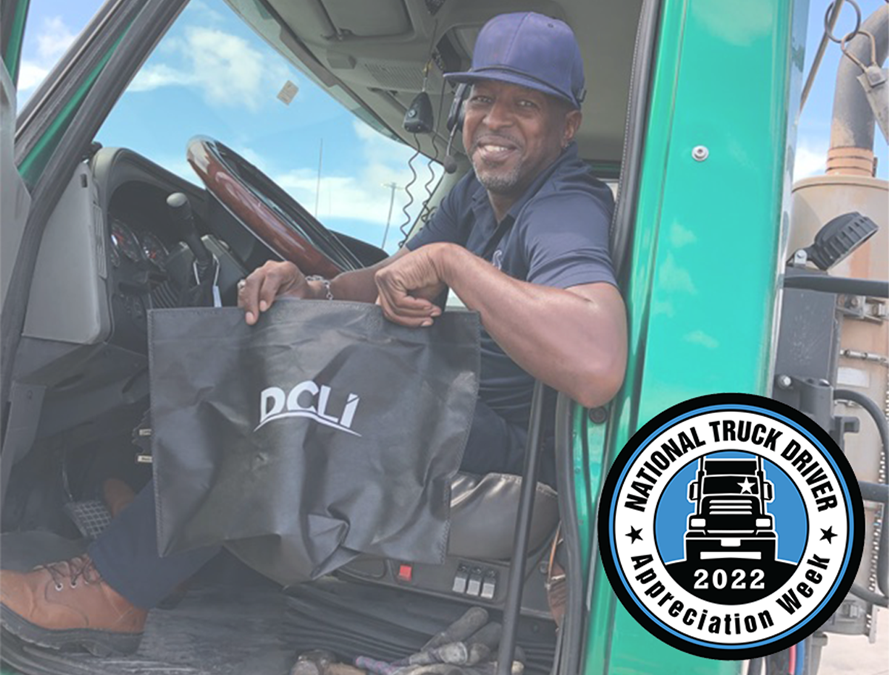 We are excited to participate in this year’s NTDAW and show Motor Carriers how grateful we are for what they do for our company, our industry, and the country in general. DCLI has giveaways planned throughout the week to thank Motor Carriers who are on the road every day helping move America’s cargo. NTDAW was established by American Trucking Associations to honor drivers for their hard work and commitment in tackling one of our economy’s most demanding and important jobs.

We will be distributing thank-you gifts at locations across the country where drivers secure our chassis. Follow us on LinkedIn, Twitter, and Facebook to see photos of our National Truck Driver Appreciation Week 2022 activities.